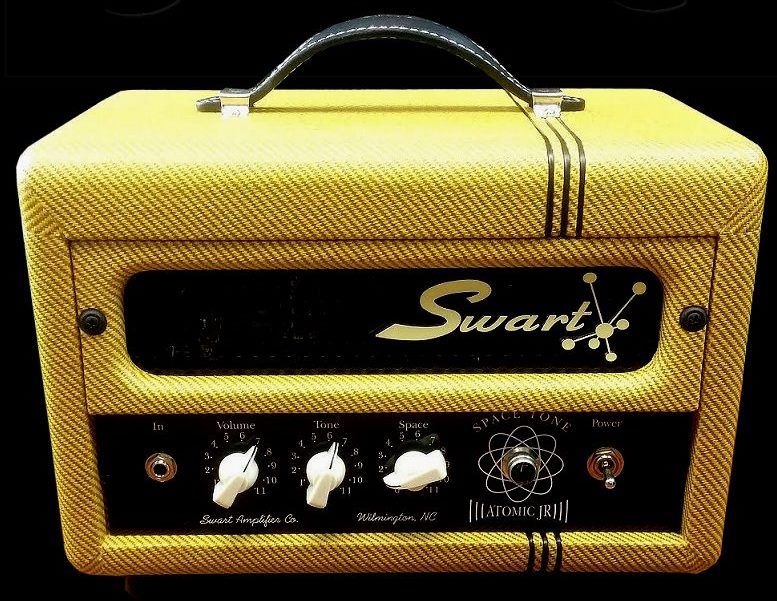 Skip to the beginning of the images gallery
Be the first to review this product
£1,379.00

Earn 1379 points for this item
Applies only to registered customers.
Estimate Shipping
Add to Wish List Add to Compare
Part Number
atomicjnrhead
Swart's 5w options have been creating a storm since introduction way back in 2003 with the ST-6V6se and later the Atomic Jr with reverb. Now you can get these same circuits in a cool, tidy, grab and go head cabinet.
Details

The Reverb on the Atomic Junior Head is the same great circuit seen in the Atomic Jr. combo with 12DW7 fed into a spring tank for near surf-esque reverb. The circuit remains über simple for the best touch sensitivity, tone, and responsiveness.  The ST-6V6se is the bone simple 6V6se with volume and tone cut. Both the ST-6V6se and Atomic Jr include Tube rectification with the GZ-34.  There is a switchable EQ response in the Atomic Jr Head in place of the 6V6se's feedback switch.