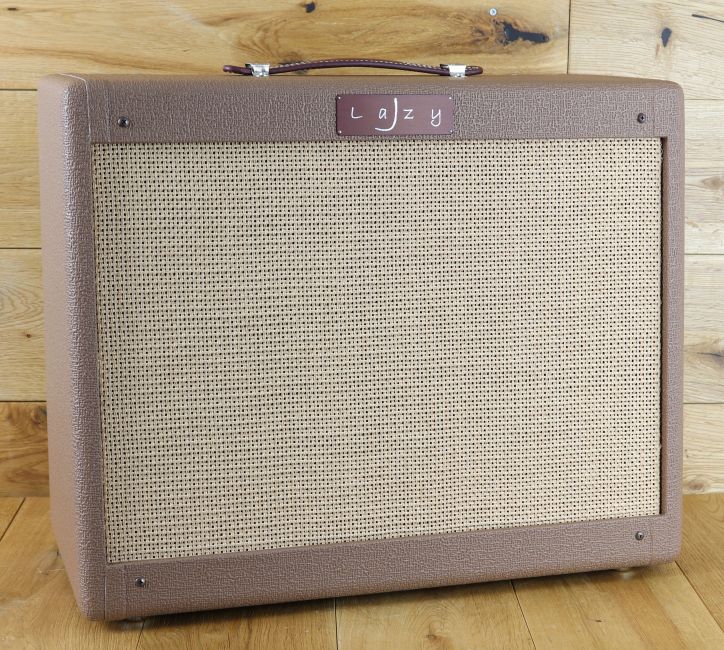 Skip to the beginning of the images gallery
Be the first to review this product
£2,999.00

The J10 LC started out as a custom order for a 10 watt combo… and over a  period of 2 years it slowly changed into what it eventually became: The J20’s little brother.

Originally, because of the restrictions of a smaller cabinet and chassis, the J10 used a solid state rectifier and had just one channel. Then there were voices  asking  me if it would be possible to have 2 channels, like the J20... and a tube rectifier. So to satisfy my own curiosity, I built a J10LC (Large Cabinet)  prototype. And it just ticked all the boxes.

So, like the J20, the J10LC has two channels, Bright, and Normal… and
like on the J20, they are interactive.

The amp comes with the VAC attenuator, mid boost and bass cut and a
Celestion Alnico Blue as standard.

Reverb and Tremolo are optional add ons, as on all the other Lazy J
amps.

Soundwise, the J10LC really straddles the line between home/studio use
and smaller gigs.

For anyone who feels the J20 is a bit too much for the environment they
usually play in, the J10LC will be perfect.

It delivers J20 tone and response, with all its harmonic complexity, but
does it at a more manageable power level.

Because of the lower power level and choice of tubes, the J10LC has a
bit more natural compression and drive which really makes it sing.